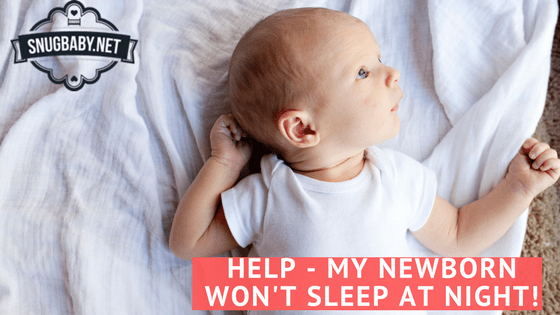 Now, understand this – A newborn baby sleeping through the entirety of the night is like the gift that keeps on giving; however, many times, achieving this is like reaching for the stars.

It can cause a parent to be sleep deprived, affecting not only their own sleeping pattern, general well-being, and work performance, but can lead to depression. But, with some guidance, it is not an impossible feat.

First, it’s important to understand that you shouldn’t take it personally. You are their biggest hero, and they aren’t out to ruin you!

Now – take a deep breath and say that out loud!  Feels good right? 🙂

So, what are some of the reasons why your newborn might not be sleeping well at night?

Let’s start by considering their age.

A baby is considered newborn from birth to about two months old, and from two months to a year we consider them infants.

In this article, we’ll be focusing primarily on the newborn age group (if you want help with your infant sleeping, click here). The good news for you is that you aren’t alone. Many parents struggle to tackle this matter.

Unlike infants, who can sleep for 6-8 hours at a time with an occasional awakening, newborns sleep many hours of the day in a light cycle known as rapid eye movement (REM)—ranging from a half hour to 4 hours, and many times only sleeping for up to an hour at a time.

The good thing about frequent (REM) sleeping is that it enables dreaming, which can boost neuron activity in the brain, and has medical benefits such an increased ability to retain memories and better control of emotions.

This can lead to the very jolly baby that we all adore.

On the contrary, your newborn’s frequent spurts of (REM) sleep makes him or her highly susceptible to wake up—often in an abrupt and troubled fashion, due to the slightest disturbance.

Unfortunately, your newborn has no way of getting around this innate and sporadic sleeping cycle other than age. Though, there are some things we can do to transform what we see as them napping at night, to a longer, more sound and uninterrupted sleep.

Here’s what you can try to help your newborn sleep at night: 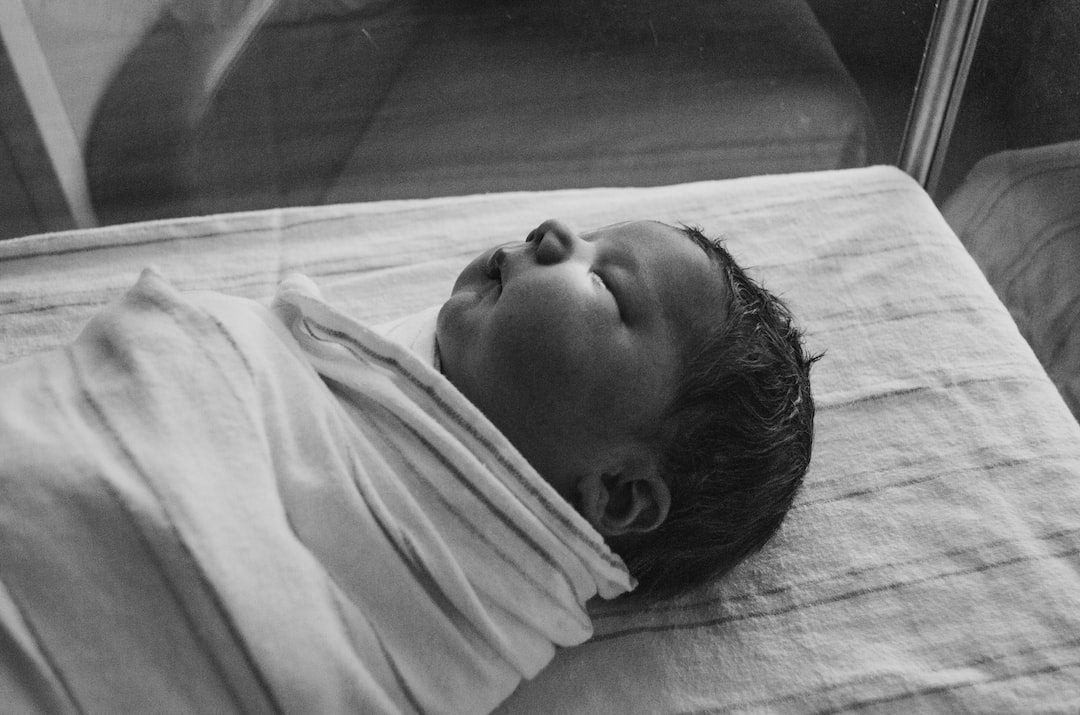 Put them to Sleep at the same Time

They are new beings in this world, and their bodies need to learn that nighttime means sleep time. Consistency is key.

Background Noise During the day

As you feed your newborn during the day, it could help to include some noise around you.

Perhaps if you are at home, keep a television turned on. Then, during nighttime feeding ensure that it is silent.

This will subconsciously train your newborn that when taking a nap after times of commotion, sleeping lightly is acceptable, and when nightfall nears and it is silent, she can lapse into a deeper and longer sleep. 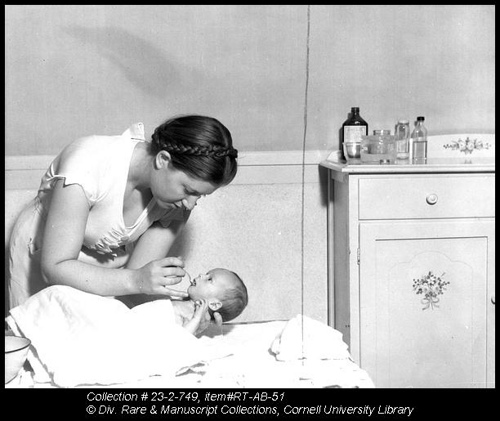 I know I know, this is difficult and I was guilty of this too in desperate times – BUT – Another way to reinforce good sleeping behavior is to veer away from holding and rocking your newborn to sleep.

Allow your baby to fall asleep on his or her own—on her back. It will teach her that when she wakes up she won’t need you to rock her back to bed.

Combining this with the method above will create independence for both you and your newborn and can be very effective. 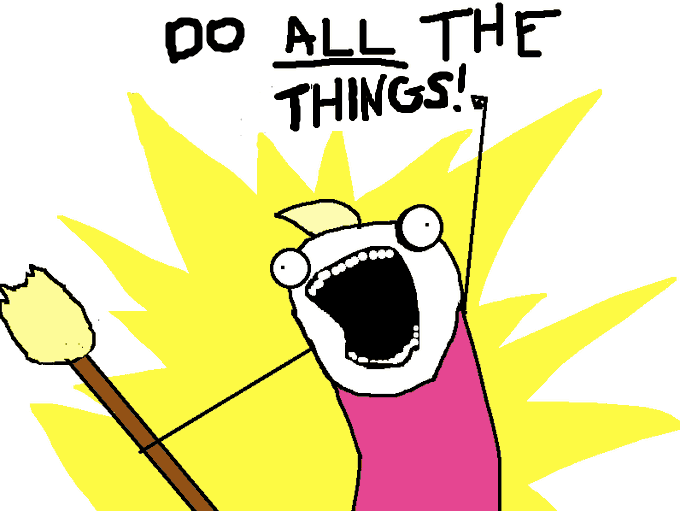 Try to add more scenarios to your newborn’s sleeping routine.

Just like you would look forward to that morning cup of coffee after waking (at least I do!), your newborn will look forward to her sleep after bath time. Just don’t forget her bath!

What if this doesn’t work? 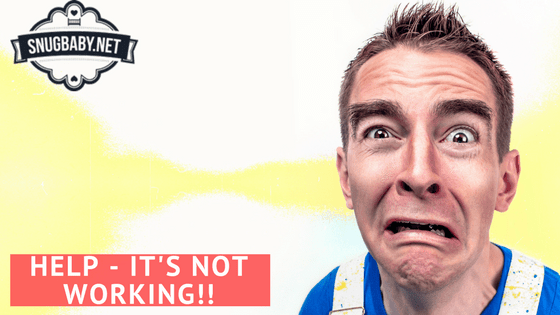 What if you’ve done everything mentioned so far but your newborn is crying immediately after putting her down for bed?

Well, it could be that she just isn’t tired yet.

Try reducing her naps during the day.

When you notice your newborn getting sleepy like she always does at midday afternoon, try playing with her, or keeping her occupied in some way to prolong the nap until its next cycle.

Doing this might give her less energy to cry at night before bed, thus resulting in a sleepy baby.

A few more things to consider:

There are other things to consider when trying to figure out why your newborn won’t go to bed at night, or why she is waking more frequently than you think she should.

How about your newborn room’s temperature?

Is it too hot or cold? 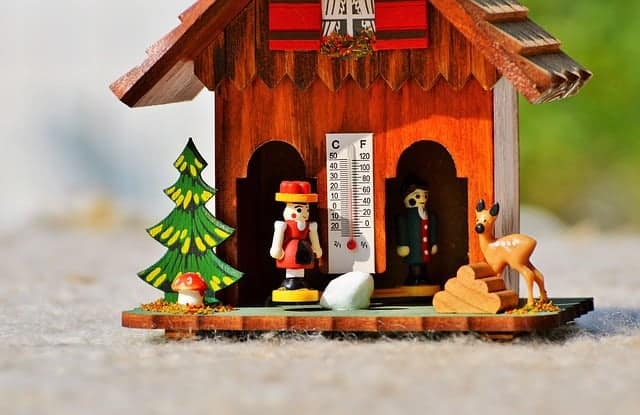 Not only can a room that’s too cold or hot cause bad sleeping patterns for your newborn, but it can pose serious health risks.

Also, as much as we’d like to immediately run to the rescue when our newborn wakes during the night, sometimes it’s best to let them cry for a few minutes.

Not only can they wake, babble, then fall back to sleep, but as we mentioned earlier about (REM) sleep and dreaming, it could be that your newborn simply had a bad dream about clouds.

The last one is a no-brainer, but nonetheless, it’s vital for your newborn to get a good night’s sleep.

Ensure their diaper is changed before bed, and if they wake during the middle of the night, check it again.

Even though your newborn may seem overly nonchalant about living in a used diaper at times, when it comes to sleep, they certainly prefer a fresh, snug fit.

So How About You?

Have you tried anything that worked that’s NOT on this list?

Sound off below and let us know!