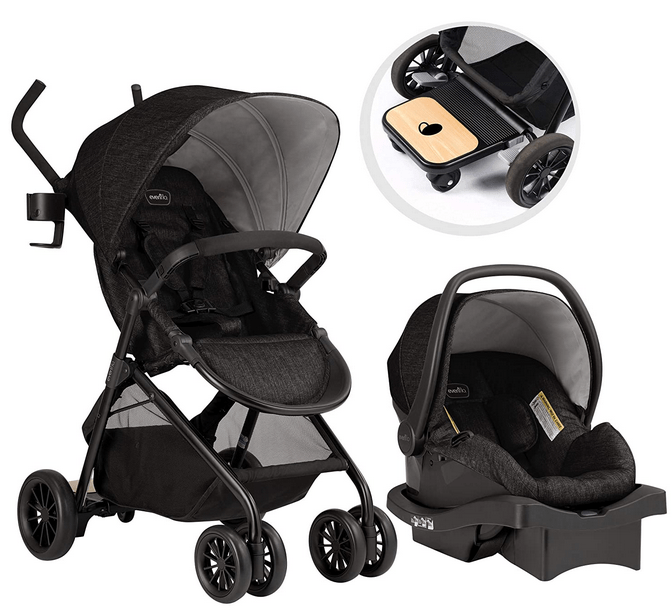 At first glance, the Evenflo Sibby Travel System seems pretty straightforward. It includes a 4 wheel stroller, a LiteMax infant car seat and the base.

However, this being an Evenflo product, it’s like a Pandora’s box – there’s always a couple of pleasant surprises thrown into the mix.

In the Sibby’s case, it’s a fold-away glider board for an older sibling. 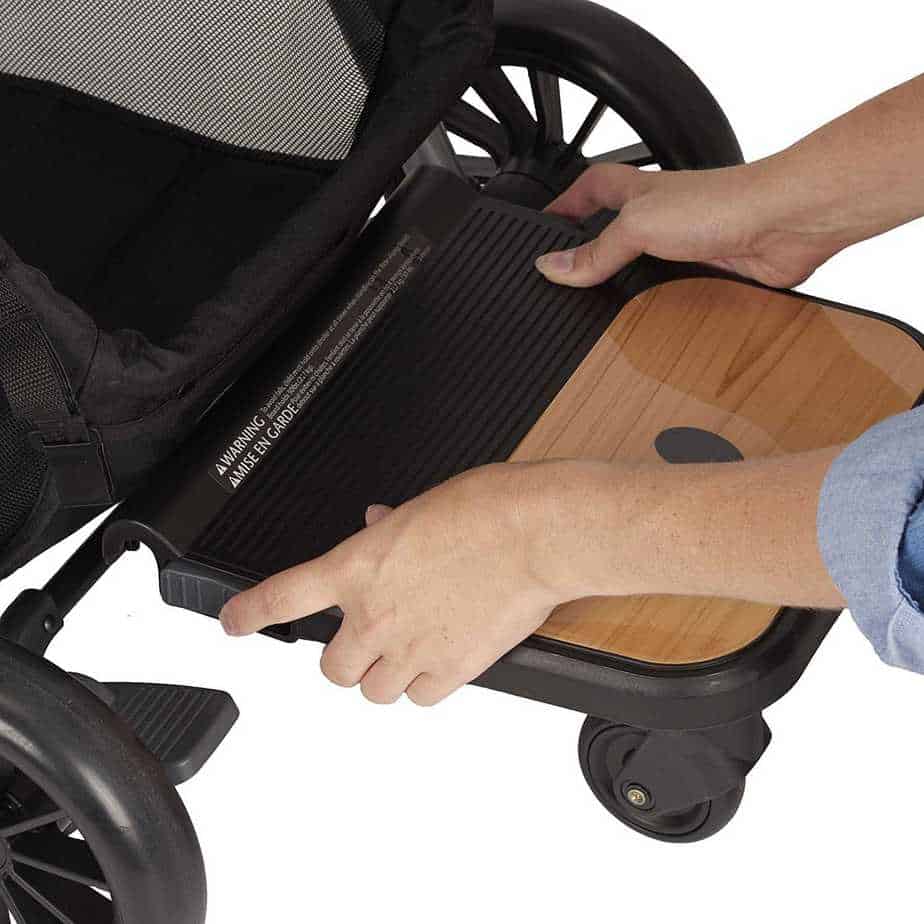 As babies grow up, they like to be able to walk on their own. It’s great exercise too!

​On the other hand... we all know that kids can be very unpredictable.

One moment, they want to be all grown up and walk along.

The next moment, their little legs are tired and they want a break.

The ride-along board on the Evenflo Sibby Travel System is perfect for such situations. It allows a child to ride at the back of the stroller. It’s exciting, convenient and parents will really appreciate it on full day outings to zoos, amusement parks, Disneyland, shopping centers etc.

Unlike some glider boards which impede the parent from walking normally, the one of the Evenflow Sibby Travel System is really well designed and ergonomic. 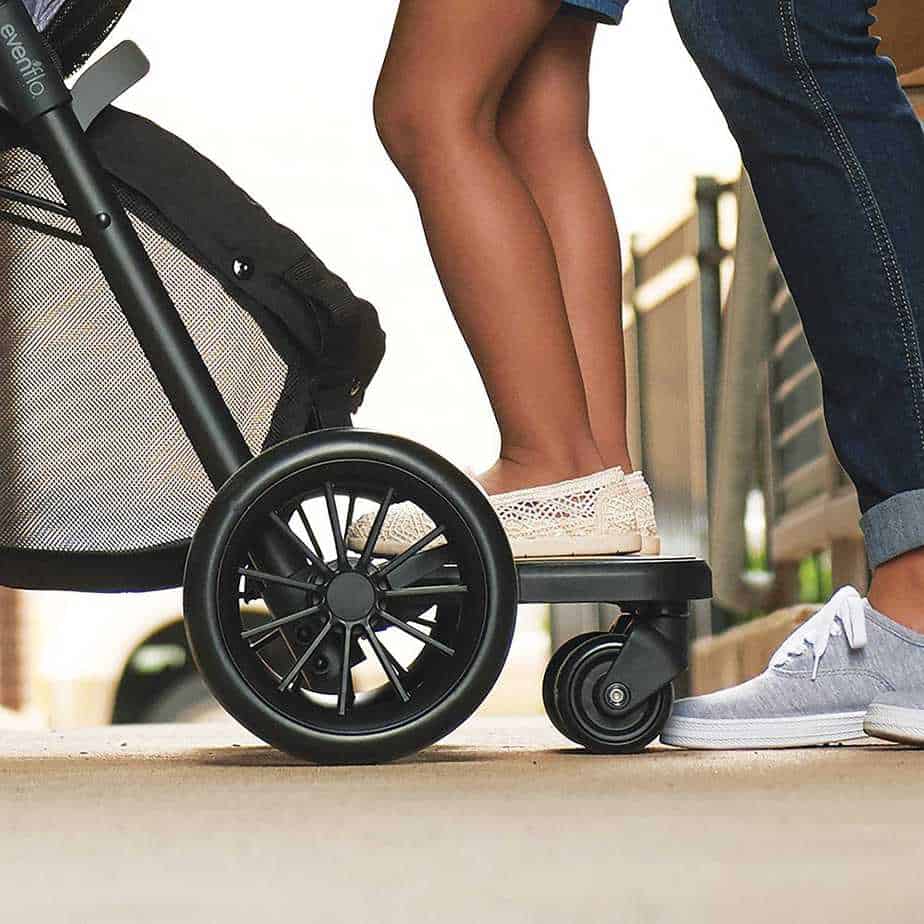 The Sibby stroller weighs under 20 pounds and can hold a kid weighing up to 50 pounds in the toddler seat.

The glider board removes easily for quick folding and is approved for a child weighing up to 50 pounds.

(Actually, the stroller can be folded even with the board attached). The LiteMax infant car seat weighs less than eight pounds without the base. It’s suitable for infants weighing between 4 to 35 pounds. 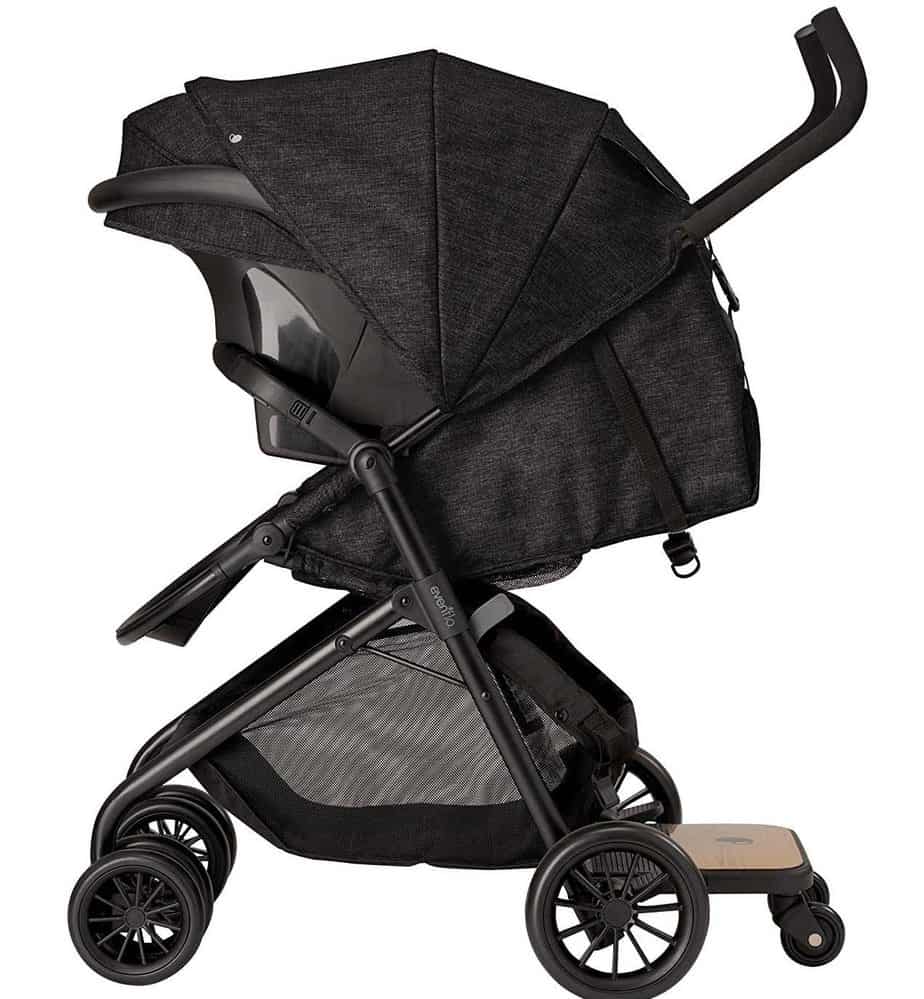 Quick and Secure Transition From Car to Stroller: The Sibby and the LiteMax match each other perfectly. The infant car seat attached/detaches from the stroller and the base quickly, efficiently and securely without the need for third party adapters. It takes mere seconds to detach the car seat from the base and click it onto the stroller frame.

The LiteMax mounts onto the Sibby in a rear facing configuration so that parent and baby can see each at all times.

Comfortable Seating: The seat on the Sibby reclines to several positions. It can be reclined to a near horizontal level to allow the occupant to relax. The 5-point harness ensures that the child remains safe at all times. It has padded shoulders for that extra bit of comfort. Harnesses with thin cords are prickly and kids are not too eager to buckle them. The one of the Sibby has harness covers to prevent the kid from tampering with the buckles.

As we’d said before, Evenflo has a century of experience in designing child safety systems and their products include unique features that really set them apart.

Even though the Sibby is a lightweight urban stroller, they’ve equipped it with an adjustable footrest to make it more luxurious. This is not a standard feature in most strollers – and especially not amongst the models that fall within the Sibby’s price range.

Three-Panel Canopy: Provides shade and privacy. It fits over the LiteMax seat when it’s mounted onto the stroller and has a peek-a-boo window so that parents may check in on the baby without disturbing them. 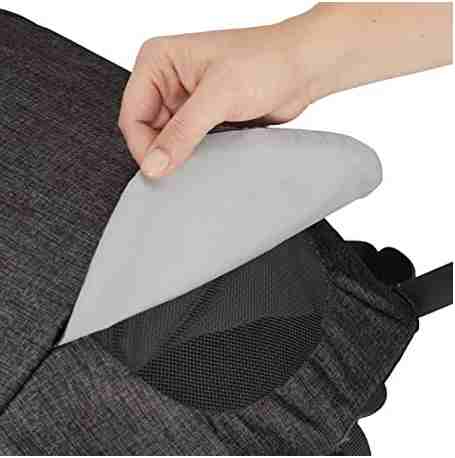 One Hand Fold: The stroller has a smooth and efficient lift-to-fold mechanism. It folds with the gliding board still attached (needs to be tucked upwards though). Thanks to a lightweight frame, the stroller can be lifted up and carried with just one hand. According to Evenflo, the Sibby will ‘fit in any car’ owing to its compact dimensions and slim fold.

Extra Long Handles: There’s not a single horizontal handlebar but two separate handles. This leaves more room for the child to stand on the ride along board. The handles on the Sibby are not height adjustable. However, they’re quite long and hence, ergonomic and sporty.

Cruiser Tires: These easy-rolling tires provide enhanced traction and maneuverability on a variety of surfaces. They can handle stretches of grass and gravel but aren’t suitable for off-roading of any kind.

Only bicycle tires are capable of handling dirt roads, sand etc but unlike pneumatic tires, the Sibby’s cruiser tires never go flat and parents never have to worry about maintaining the right air pressure.

Plenty Of Storage: The backrest has a mesh storage compartment for things like books, tissues and such. Under the stroller is a large oversized basket. It can be accessed from both the front and rear.

Flex-Hold Cup Holder: Adjusts to the size of the cup, can, bottle so that there’s jiggling and tipping over. It’s good to have this accessory as standard. Who doesn’t like to have a comforting drink at hand?

LiteMax Infant Car Seat: At under 8 pounds (without the base), the LiteMax is 25 to 30% lighter than other car seats; this makes it easy to carry. 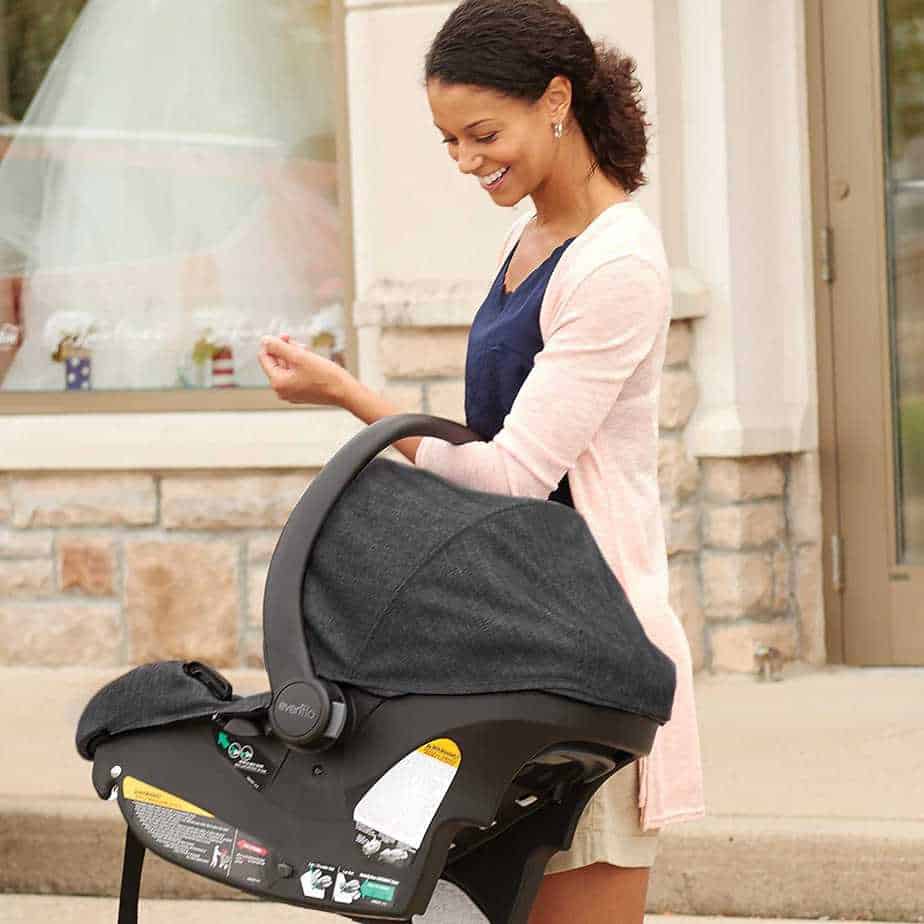 However, being light doesn’t make it any less safe – it meets and/or exceeds federal safety standards including FLVSS 213 and 302. It has been designed and tested for structural integrity to withstand forces 2X that of federal standards.

That’s not it, the LiteMax has been tested for all kinds of impacts, including frontal, side and roll-over impacts.

​The car seat complies with FAA regulations and is approved for use in aircraft, and the base installs with the vehicle LATCH system or belt. It includes an integrated belt lock-off system for secure installation.

Not much to talk about here except for the fact that the stroller is not suitable for jogging.

Also, a newborn position would have been useful. It provides that extra bit of head and body support as newborns are unable to hold their head up independently. (Parents can purchase this accessory separately)

The Evenflo Sibby Travel system is affordable, well-designed, lightweight and compact. It has been tailor-made for urban use.

We love the ride-along board and the adjustable footrest on the stroller seat. These accessories give the Sibby an edge over the competition.  Picks yours up from Amazon.com at the link below, and read more reviews while you're there too!

​For More of the Best Evenflo Stroller Reviews, check out:​